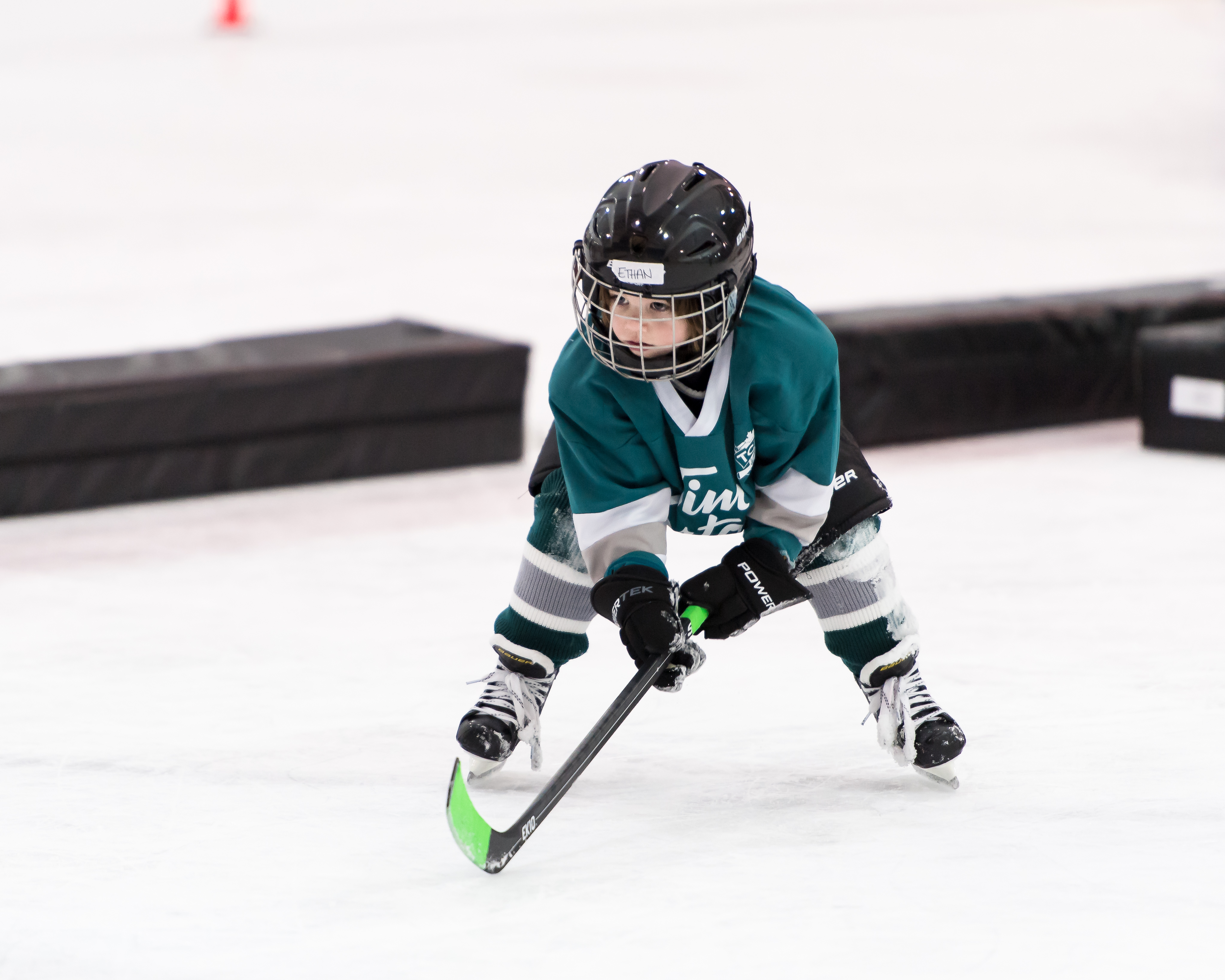 Modified-ice hockey has been well received during its first few months in GTHL rinks, according to Brian Kyla-Lassila, the League’s technical director of coach and player development. The Hockey Canada Initiation Program, which was mandated across the country for the start of this season, requires all practices and games to be cross-ice for six-year-olds.

“One of the areas of success has been the fact that we’re getting positive feedback from the parents and that’s really what matters,” said Kyla-Lassila. “That feedback from the players and parents is the most important and it’s been very good so far.”

The concept of modified-ice hockey is not new. In fact, it has been part of Hockey Canada recommendations for more than 35 years. Kyla-Lassila says associations have always followed this model for practices, but were never required to do the same for games.

“They do it the right way and they follow the IP guidelines because that’s the training they get. The issue has always been the game,” said Kyla-Lassila. “They do all these skills drills in a modified environment, but then they go play a full-ice game, so that’s where we’re trying to bridge that gap.”

The Ontario Hockey Federation recently announced that it will maintain the modified-ice program for the 2011 age group over the next two seasons, in preparation for 2019-20 when all age groups from six to eight years old will be required to play games on modified ice for at least part of the season. The current mandate doesn’t state that the 2011 age group would need to play modified-ice through 2019-20, but the OHF’s decision creates a natural progression. Otherwise, they would rotate from modified to full to modified over the next three seasons.

“There is a natural progression this way with the 2011 age group especially, that they are actually going through the correct steps in terms of the modified-ice initiation program,” said Kyla-Lassila. “So, we have now three consecutive years of modified ice that the 2011s will go through and then every age group after that will follow suit.”

There has been a noticeable difference in rinks across the GTA as people recognize the benefits of cross-ice and half-ice hockey.

“For instance, a colleague was at a function outside hockey and overheard a mother talking about how she loved it,” said Kyla-Lassila. “She didn’t know the term cross-ice hockey, but she was describing it and loved the fact that her son was always in the play and that he had so many opportunities to touch the puck and how excited he was to work toward that.”

“It’s fantastic to hear that there is such positive feedback,” said Kyla-Lassila. “I’m sure that the feedback is from players who probably last year didn’t have a great opportunity to be as involved in the game as a player who just happened to be better skater at that age.

*The printed version of this article states that the OHF mandate will be implemented in 1919-20. It should read 2019-20.