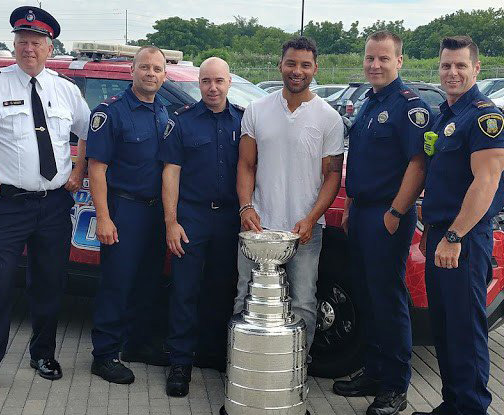 Daley, who played his later years in the GTHL with the Don Mills Flyers, recently celebrated his day with the Cup in his hometown with friends and family. The Regent Park native was spotted at a local hockey school and also visited his mother’s grave site.  Trudy Daley, Trevor’s mother, passed away last year shortly after Trevor won his first Stanley Cup with the Penguins.

After two winning seasons with the Penguins, Daley will be joining the Detroit Red Wings next season as he starts his first year of a three-year contract.

Not every family photo includes the #stanleycup! @penguins Trevor Daley and his family pose for a family photo. @NHL@HockeyHallFamepic.twitter.com/CPSosJL1dP

Daley made his NHL debut in 2005 with the Dallas Stars. He has since played almost 900 NHL career games.