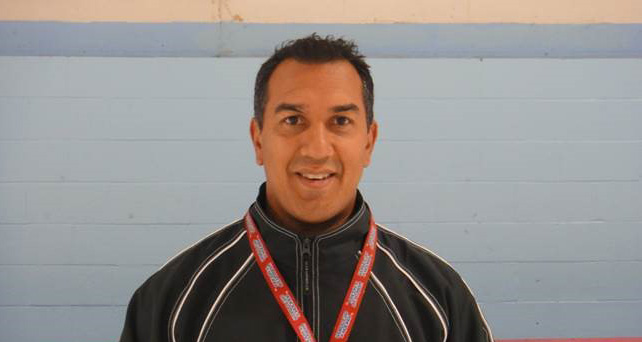 The game of hockey is one of passion and dedication, but for Toronto Titans Bantam “AAA” coach Jules Jardine, it’s also a sport defined by individual strengths, personalities. and coming together as a team. In his time within the hockey world, Jardine has provided guidance and training to an impressive list of players including John Tavares, P.K. Subban, and Mark Giordano.

Jardine grew up in Toronto and played in the GTHL himself with various “AAA” Clubs, including the Toronto Marlboros, Toronto Red Wings, and the Mississauga Reps. After graduating out of “AAA,” Jardine played Junior B for the Henry Carr Crusaders, followed by a scholarship to Elmira College in New York State. Upon graduation, Jardine played two seasons of professional hockey in Austria, followed by a final year of professional hockey in Oklahoma City. Throughout his time in minor hockey, Jardine recalls his fondest memories, practicing in the Maple Leaf Gardens while playing for the Toronto Marlboros Atom and Minor Peewee teams.

“We got to practice in Maple Leaf Gardens every Saturday morning right before the Leafs and the visiting team’s pre-game skates,” explained Jardine. “It seemed like every puck they shot would hit the crossbar and go up into the green seats. We would run all over the Gardens picking up pucks from the likes of Darryl Sittler, Borje Salming, and Lanny McDonald.”

Jardine’s passion for the game has stayed strong, but notes that he has seen a shift in how hockey players have to train compared to when he played in his youth.

“What has changed the most since I was younger is that hockey has become a year-round sport. We used to take time off in the spring and maybe do a week or two of hockey camp in the summer but now most high-level hockey players are on the ice all year round with little break.”

Not only have the time commitments changed for players, but so have the skills needed to succeed. Jardine breaks down his training into individual skill sets and focuses on each part of an individual’s game. His development model is dedicated to skating skills, puck control, and shooting, with each of these skills being tailored to the player’s individual needs. Jardine also states that video and off-ice training are now much more integral to both team and individual development.

After all the work put in, Jardine finds joy in seeing his players improve, in addition to the comradery and friendships developed on and off the ice. He believes it’s critical that players develop a skill based game, but also leverage their own personal strengths and abilities. Although the championships and development of NHL stars have been a great joy for Jardine, it’s the little victories that keep him passionate about player development and coaching.

“Watching a player finally ‘get’ what you’ve been trying to teach them for weeks or seeing the team finally run our power play the way we drew it up in practice. That’s satisfying.”