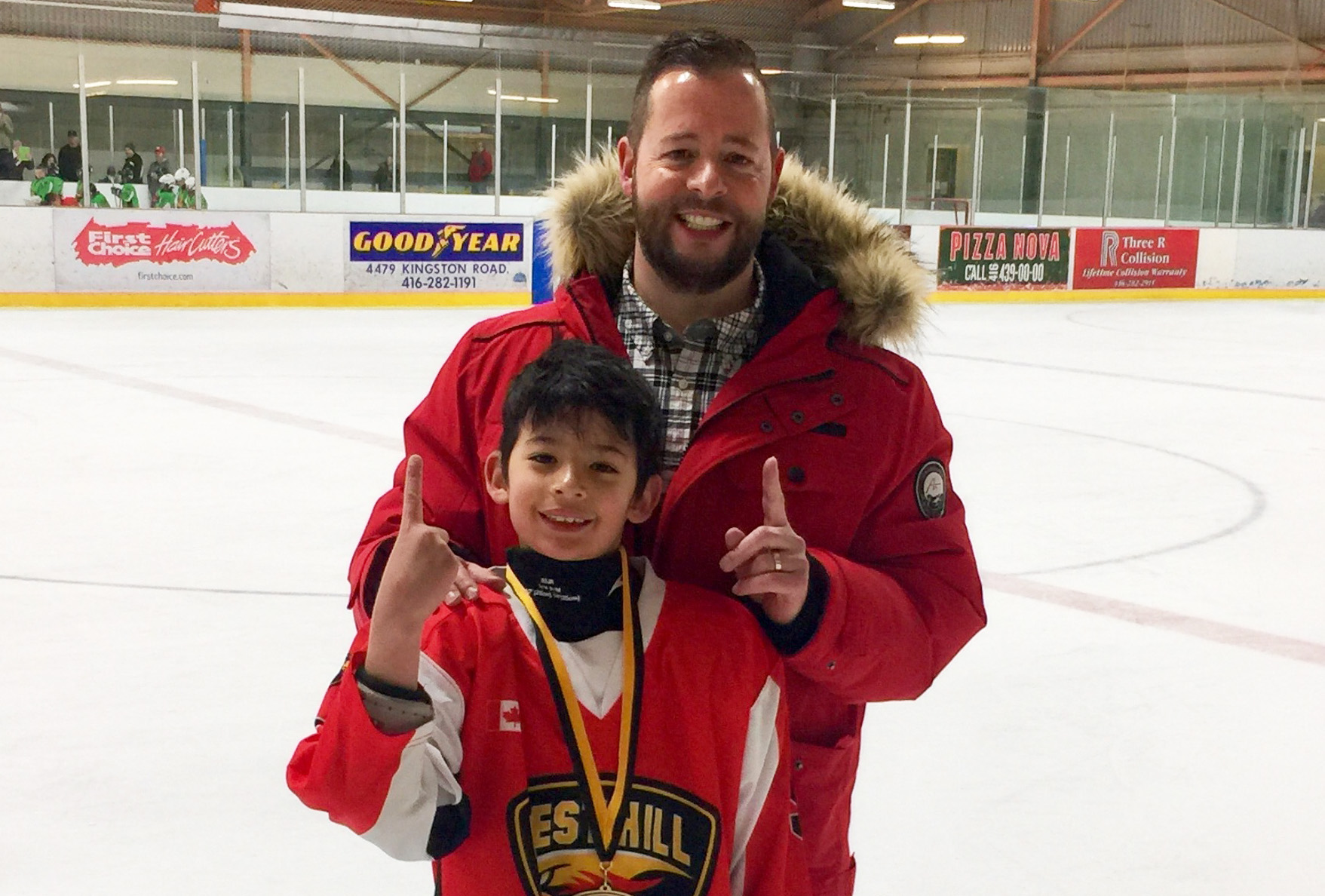 Darryl Bricknell’s passion for teaching young hockey players has always surpassed the wins and losses. For the West Hill Golden Hawks house league and select coach, the opportunity to mentor young athletes is something he truly relishes. Now entering his fourth year of coaching, Darryl originally began as an Assistant Coach, recently taking on head coaching duties with both his West Hill Golden Hawks Novice Select team and a house league team within the West Hill Minor Hockey system.

“Like many parents, I was taking my boys to the arena regularly and I wanted to give back to the community and help share my knowledge of the game,” explained Bricknell. “Watching players develop month over month while enjoying the sport keeps me inspired.”

Darryl sees coaching as an opportunity to give back while utilizing the years of teaching and guidance he received during his days playing minor hockey. As a former player himself, Darryl knows first hand that players need to feel comfortable and confident in order to develop their skills and excel as young athletes.

While behind the bench, Darryl is able to draw upon experience from his own minor hockey career which included playing Junior C and three seasons of Junior A for the Oshawa Legionnaires. Despite playing at a high level, Darryl states that he tries to model his coaching style after his Peewee coach, Gary McLean.

“Coach Gary was always smiling even though our team was not blessed with talent,” said Bricknell, who added that his father was also a coaching mentor of his. “Every player on the team respected my Dad, each player had their own unique relationship with him.”

For Darryl, developing unique and personal relationships with each player remains the highlight of being a coach.