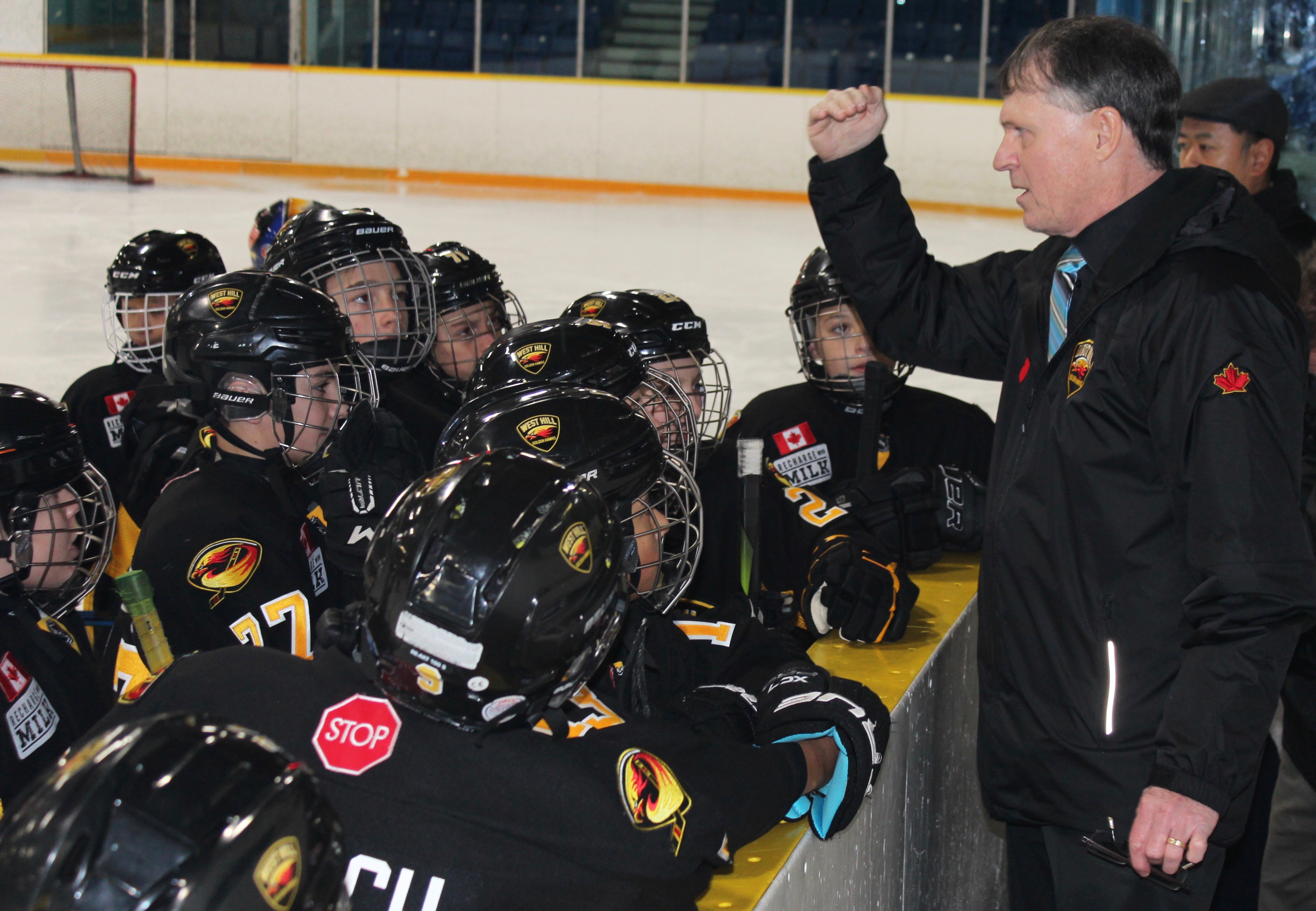 Development is more about what happens on the ice for West Hill Golden Hawks Peewee “AA” Head Coach Cam Donaldson. Starting off behind the bench at 17-years-old, Donaldson worked his way up to coach Select, “AA”, and eventually at the “AAA” level.

“What I like most about coaching is what I can give back to the kids and the hockey community. I was so fortunate growing up to have the opportunity to play hockey with some absolutely wonderful coaches,” explained Donaldson, who spent his playing career at Don Mills Civitan. “I love seeing the product on the ice come out when teaching the players to play as a team, and really take pride in seeing a young man or woman develop into a better hockey player and an even better person.”

Donaldson’s approach has been a big hit with his West Hill team this season – something that West Hill players Tyler Duffield and Stanley Watts can attest to.

“This year is my first year with West Hill, along with five other players. It’s a huge challenge for any coach to coach a brand new team,” said Watts. “I’ve learned a lot this year; positioning for playing centre, to never underestimate a team, and to respect your opponent. I am sure there are many other players with good coaches, but there aren’t many like Coach Cam.”

Watts’ teammate Tyler Duffield echo’s his sentiments about their Head Coach, praising his approach with their team.

“He has good teaching methods, he is funny, patient and is teaching us how to be good people, friends, and hockey players, and he believes in us,” said Duffield. “Coach Cam has made me love hockey again.”

Cam has been named Coach of the Month for November. He will be awarded with a prize pack courtesy of the Coaches Site. Click here to nominate your coach now.