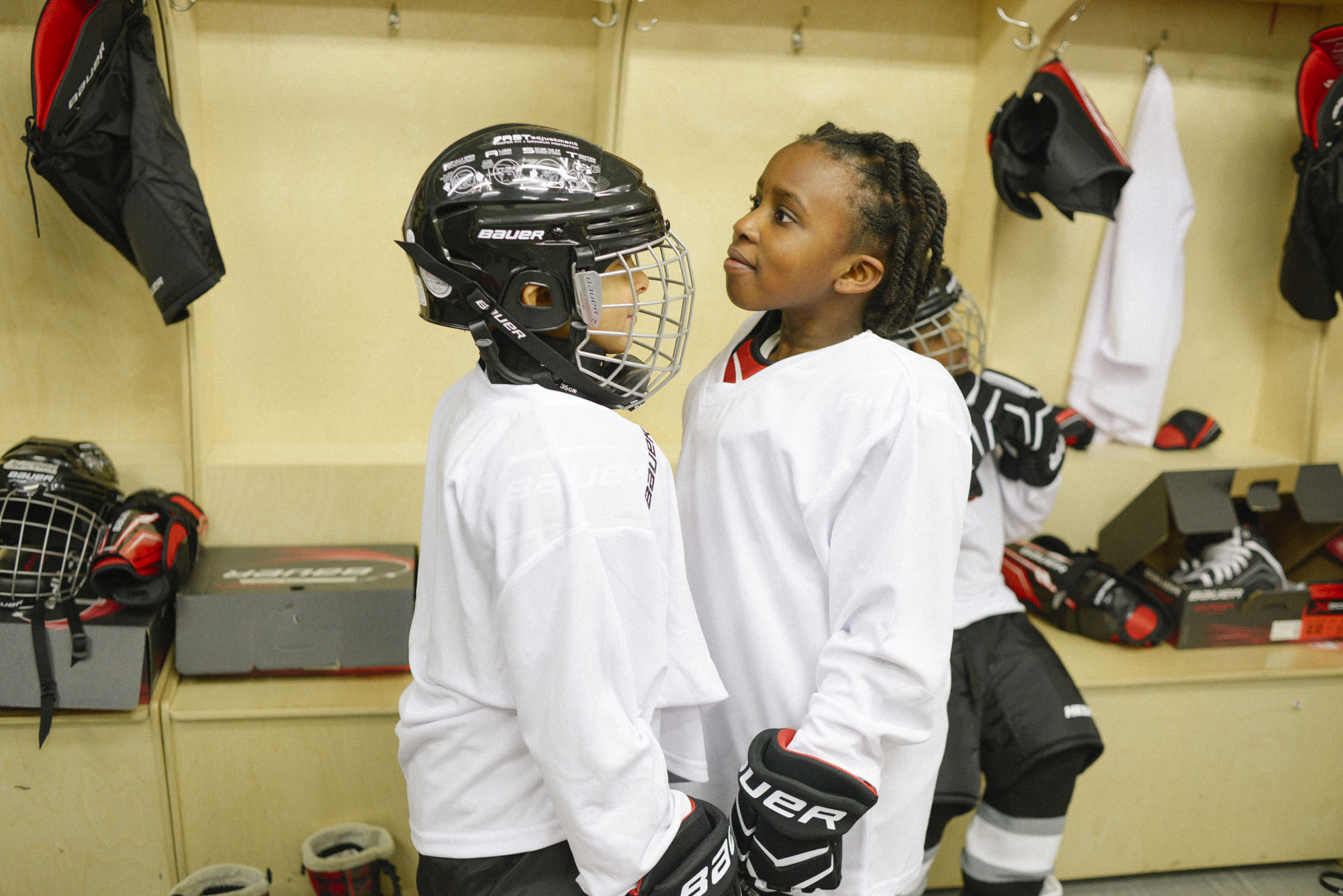 New Jersey Devils forward Wayne Simmonds has been quoted as saying that he didn’t think professional hockey was a viable option for a visible minority like himself. Born to African-Nova Scotian parents, Simmonds would spend his Saturday nights huddled around the television watching hockey – a sport he didn’t see himself reflected in. Playing “AA” hockey in the GTHL at the time, Simmonds was inspired to pursue a professional career in the sport after attending a hockey camp run by GTHL grads Keven Weekes and Anson Carter. In Bob McKenzie’s book Everyday Hockey Heros, Simmonds explains how the moment opened his eyes to new possibilities.

“I always looked up to Kevin. He was a Black guy who grew up in Scarborough, just like me. Meeting guys like Kevin and Anson Carter, another Black NHLer from Toronto, was incredible — these were professional hockey players, and they were talking to me,” says Simmonds in his essay. “That day, I started thinking about my future, and I allowed myself to believe that the colour of my skin wasn’t a barrier and that if I gave the game my all, I could play in the NHL, too.”

Simmond’s story is one that’s shared by many young aspiring Black hockey players in the Greater Toronto Area, and it’s a story that many would say starts with Herb Carnegie. The name known to many GTHL families as a rink that sits on Finch Ave West, Herb Carnegie is widely regarded as the best Black hockey player to never play in the NHL.

Born in 1919 in Toronto, Carnegie would play in many senior level leagues and even peaked the interest of a few NHL teams – none of which had the courage to be the first NHL team to sign a Black player. Five years after Carnegie hung up his skates, Willie O’Ree – a Black Maritimer – would break the NHL colour barrier when he laced up for the Boston Bruins.

In the century since Carnegie was born and the 60 years since O’Ree made history, there have been many Black NHL players that have positively impacted the game. Despite the barriers broken, there is still always room for improvement. During the GTHL’s Transition Game conference in November, NHL Consultant Marlowe Stoudamire spoke about the actions that need to be taken to improve inclusivity in the game.

“In conversations I had with the GTHL, they told me Toronto is the most diverse city in the world…..then why isn’t the GTHL?” Marlowe asked as he spoke to an audience of over 150 stakeholders that included everyone from community groups to board members. “Try to figure out how to create representation at the table…representation is something I’m recommending for this organization, we have to find a way to be deliberate about it and not have a level of tokenism. It’s not easy.”

“We have to make kids and families feel like hockey is available to them,” she explained. “I never felt like it was available to me.”

Black History is a history that continues to be written around the GTHL and the sport of hockey as a whole. It’s up to us to ensure the next 100 years are remembered for progress.

Click here for information on the NHL’s Black History tour and when it will be in Toronto.