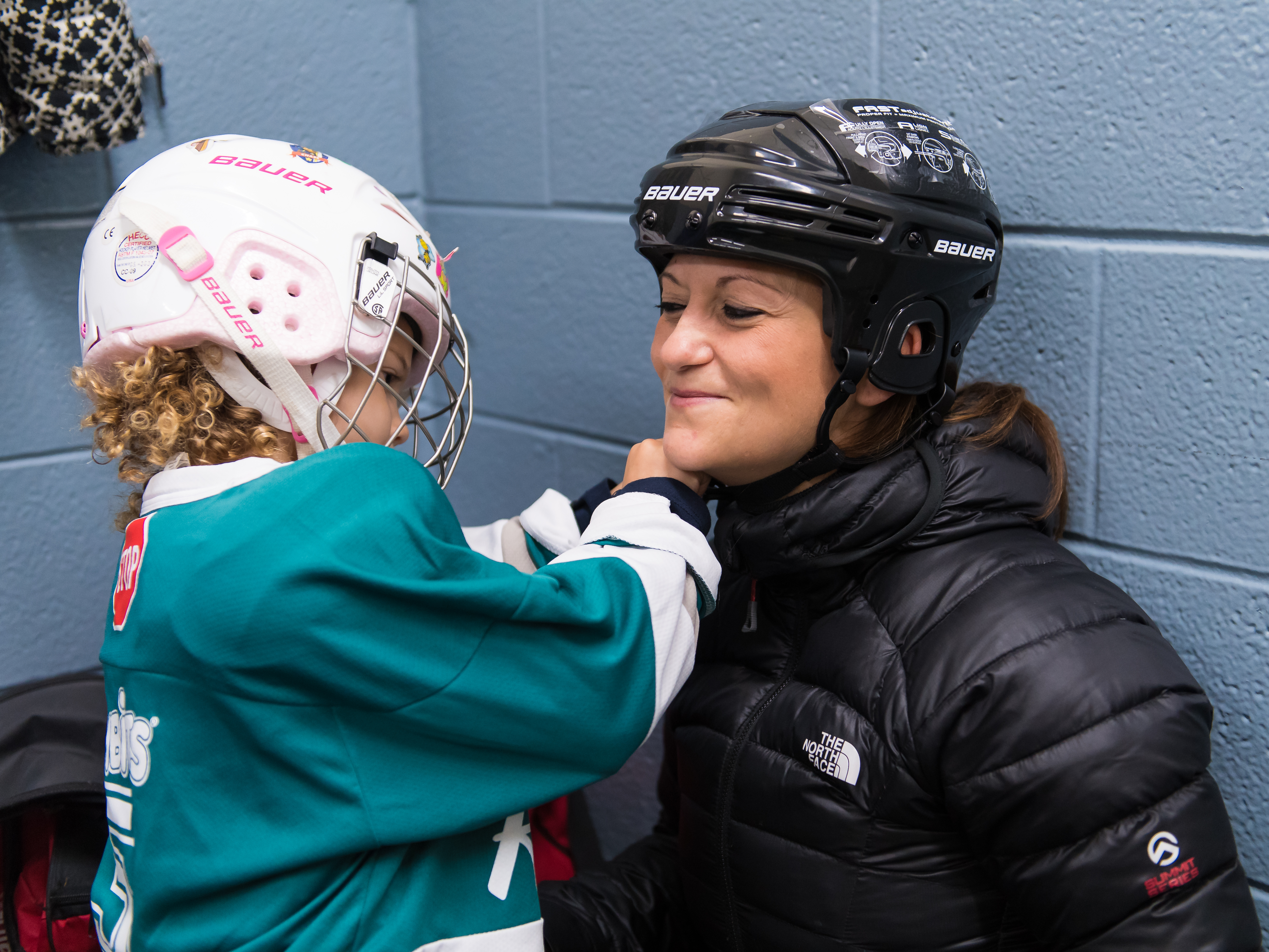 The hockey world can be a confusing one for parents new to their role as a hockey Mom or Dad. Referring to your child by their birth year and dressing for the temperature in arenas can take some getting used to. Despite the adjustment, the drives to and from rinks will quickly become routine as you learn every coffee shop closest to each arena.

“Enjoy every season and soak it all in. My son played 12 years of minor hockey and it flew by,” explains Joseph DiMaria, a coach and former hockey parent. “Too many people worry about the future, where and when regarding there child’s hockey life the forget to enjoy the present.”

While parents will learn to find joy in their time as a hockey parent, it’s even more important to ensure your child is having fun on the ice regardless of where they play. Kelly Ozols’ son has been playing competitive hockey since Minor Atom. Now entering his Minor Midget season at the “AA” level, Kelly’s role has evolved over the years, from hockey parent to team manager. With the roles also came some lessons in hockey parenting.

“I wish someone told me at the beginning to remember that they are just kids who want to play a game they love. Don’t take that away from them by being too serious,” said Kelly. “Remind yourself every game that it’s about how they feel on the ice, not how you, as a parent, feel in the stands.”

While Kelly’s family is familiar with long drives to the rink and early morning practices, the commitment made to minor hockey varies for each family. Players involved at competitive levels will be used to long drives and frequent trips to the rink, however, house league level hockey allows kids to enjoy playing the game without the big time commitment of competitive levels.

“Teaching your kids to play hockey doesn’t have to be a huge commitment, but it will be a lifelong skill that you are passing on to your child,” said Ray Ram, a hockey parent heading into his sons second season of house league hockey.

On a practical level, Ray also emphasizes the importance of using the resources you have at hand.

“Ask family and friends for hand me downs for equipment. The city also offers free leisure skates, just look up locations and times.”

Now all that’s left to learn is how to tie skates.