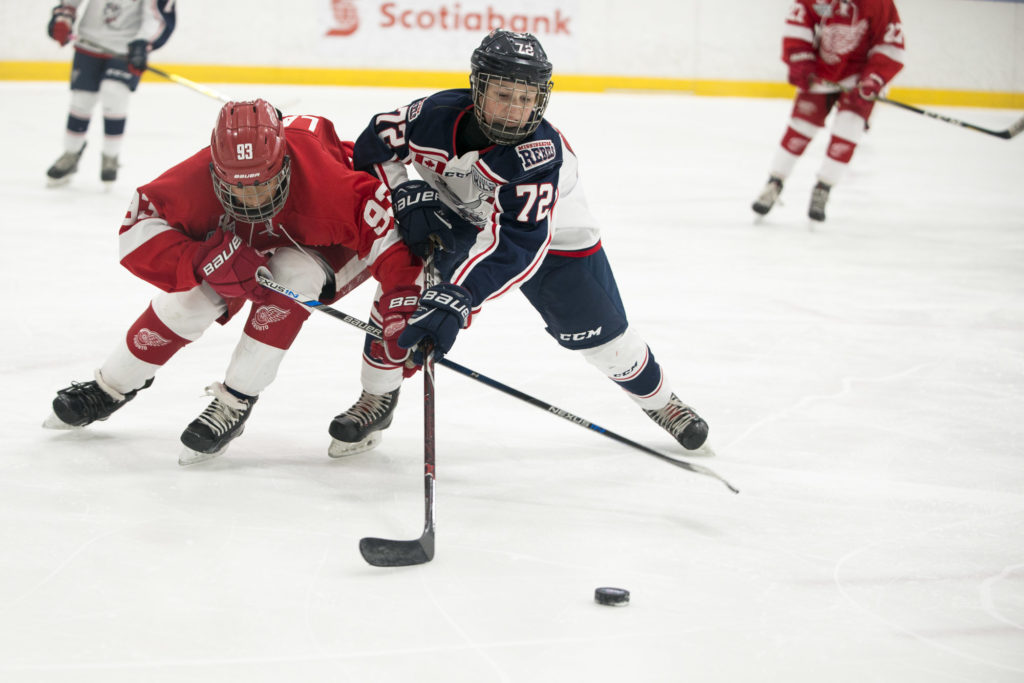 Atom
The Jr. Canadiens will look to repeat their debut cinderella season, which saw the squad win both a Pro Hockey Life Cup and Scotiabank GTHL Playoff title. Only the Vaughan Kings and Don Mills Flyers were able to defeat the Jr. Canadiens during the regular season run. The second-place Kings would meet the Jr. Canadiens in the playoff final, which would end in a Jr. Canadiens victory. Finishing only two points out of first place, expect the Kings to start the season strong.

The scrappy Don Mills Flyers were only one of two teams to defeat the Jr. Canadiens during the regular season. The fifth-seeded Flyers also managed to oust the fourth-place Marlboros during the playoffs to advance to the second round. Finding ways to win, the Flyers could be a team to watch during the 2019-20 season.

Minor Peewee
Starting their season on an eleven game winning streak, the Toronto Marlboros would earn themselves a Pro Hockey Life Cup after finishing the regular season 29-2-2. Sweeping the Mississauga Reps in the second round, the Marlboros would face the third place Vaughan Kings in the final, defeating the Kings in eight games. The Kings, however, managed to put a damper on the Marlboros winning ways, defeating their GTHL counterparts as hosts in the final at the OHF Regional Championship. The Provincial champs will take on the GTHL champs on September 20 at Etobicoke Ice Sports.

Peewee
The Jr. Canadiens have had it all figured out since their Minor Atom season. The team won their third straight Scotiabank GTHL Playoff title during their Minor Peewee season, adding to their already impressive resume of three straight Pro Hockey Life Cups. The team also clinched an OHF Regional title during their Atom season. It will be up for the eleven other teams to perform an upset and break the steel strong Jr. Canadiens streak.

Minor Bantam
The Toronto Marlboros prevented the Mississauga Senators from repeating as Pro Hockey Life Cup champions, but the Sens would seek revenge in the post-season, sweeping the Marlboros in the Scotiabank GTHL Playoff Finals. The Senators would continue their tear, going 8-0-0 to add a second OHF Regional Championship to their trophy case. The Sens also clinched an OHF title during their Atom season.

Bantam
Only the Jr. Canadiens and Toronto Young Nationals could manage to defeat the rock-solid Toronto Marlboros during the regular season – the Nats being the only team to do so on more than one occasion. With both the Nats and Jr. Canadiens eliminated in the first and second round of the playoffs, respectfully, the Marlboros were faced with the challenge of the second place Mississauga Reps in the Scotiabank GTHL Playoff Final. Despite never defeating them during the regular season, the Reps managed to take the Marlboros to eight games before falling 4-0 in the final. The Reps will face the Marlboros on September 22 at 2:30pm at Canlan Etobicoke.

Minor Midget
The Pro Hockey Life Cup winning Jr. Canadiens will most certainly start the season out to prove they’re the real deal after the team fell to the Marlboros in six games, missing out on a Scotiabank GTHL Playoff title and an OHF run. The Marlboros got a taste for upsets themselves in the OHF Regionals after the host Toronto Titans claimed the title as Provincial champions in overtime against the Marlboros at the Bantam OHF Regionals.

Midget
With so many players graduating out of GTHL hockey in Minor Midget, the Midget “AAA” loop is always somewhat hard to forecast. Pending their number of returning players, the Toronto Young Nationals will most certainly have their eyes on becoming back-to-back Telus Cup champions.

After claiming a Pro Hockey Life Cup and subsequently falling to the Reps in the first round of the Scotiabank GTHL Playoffs, the Jr. Canadiens will be aiming to not repeat the same missteps as last season.  The team went 23-6-4 during the regular season, finishing one point ahead of the Toronto Young Nationals.