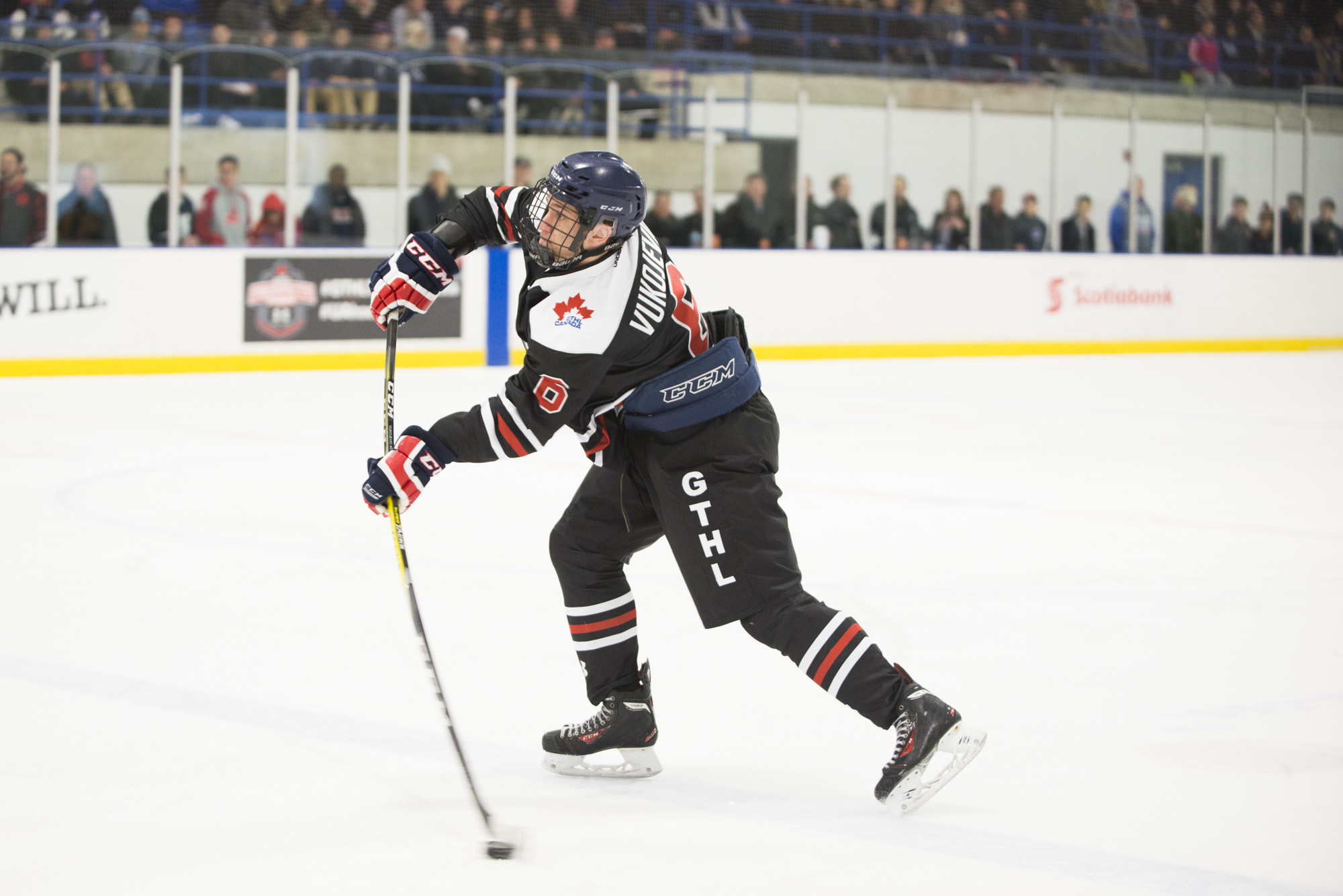 A total of thirty five GTHL alumni have been named to the Under-17, Under-18, and World Junior Development Camp rosters. Camps are set to kick off in Calgary on July 22.

Two goaltenders, seven defensemen, and ten forwards make up the 19 GTHL grads who were named to the 111 player roster. The Mississauga Rebels and Toronto Nationals each have four players represented, while the OHL Cup winning Mississauga Reps have three.

Eight GTHL grads will compete for a spot on Canada’s National Under-18 when camp kicks off in late July. The final roster will represent Canada at the 2017 Ivan Hlinka Memorial Cup.

After a disappointing shootout loss to the United States in the gold medal game, Team Canada will try to redeem themselves at the 2018 World Junior Championship in Buffalo, NY. Eight GTHL grads will vie for a spot on the roster.