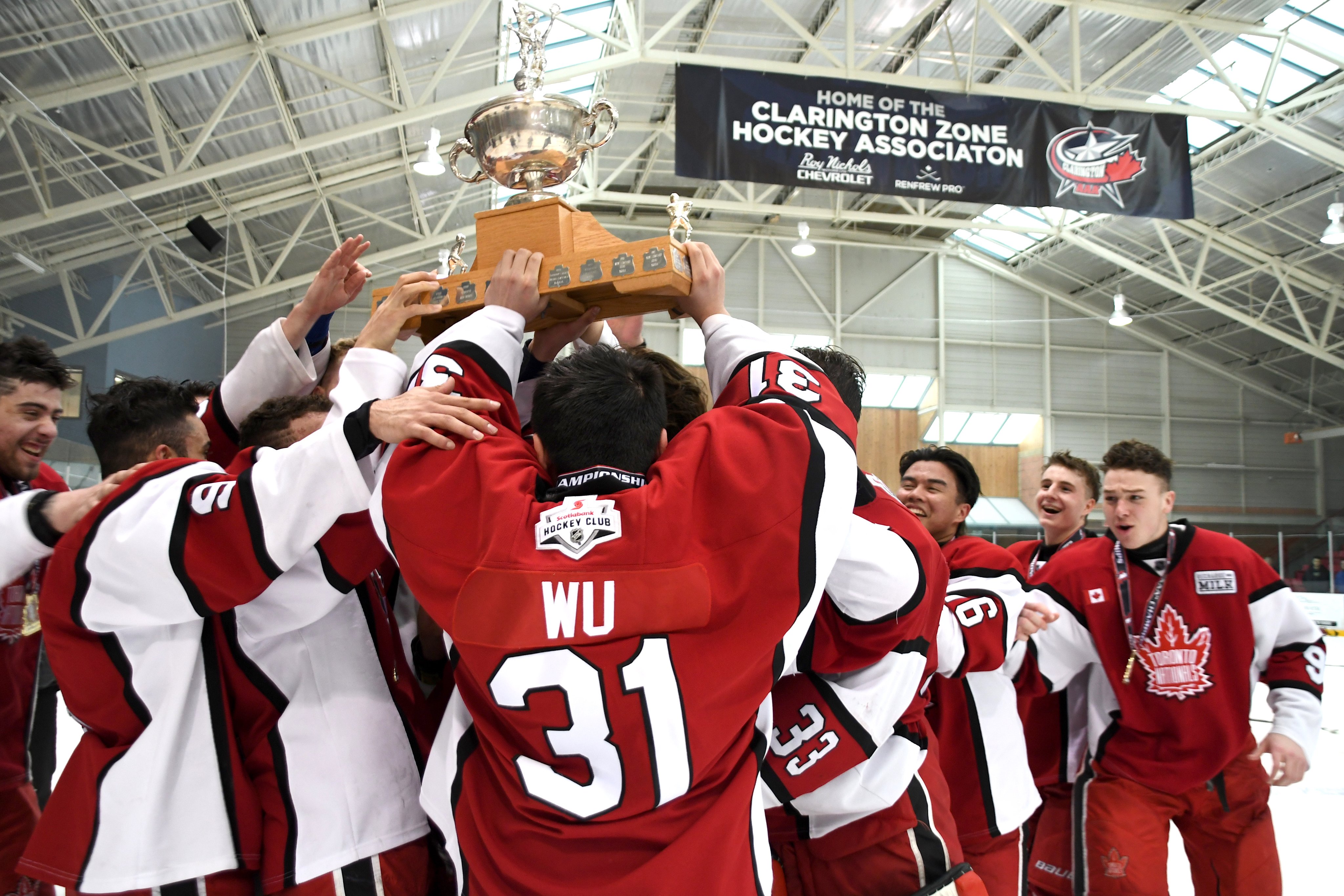 Ten associations from across the Ontario Hockey Federation have been selected to host OHF Championships in April 2020.

The OHF Championships are the pinnacle events for all minor hockey players from Atom through to Juvenile, serving as the only tournaments to crown the best team from each level across the OHF. The hosts will see nearly 100 players take part in the three-day Championships in April to battle it out for the title.

“On behalf of the OHF Board of Directors we would like to congratulate all of the selected OHF Championship hosts on their successful bids. We look forward to a great partnership with each host community over the next season to provide a memorable experience for all teams,” said Tony Foresi, Chair of the OHF Board.

This year, the hosts are as follows:

The Burlington Eagles of the Ontario Minor Hockey Association (OMHA) have been selected as the PeeWee AAA hosts, the Waterloo Wolves of the Minor Hockey Alliance of Ontario (ALLIANCE) will host the Bantam AAA Championship, while the defending TELUS Cup Champions, the Toronto Young Nationals of the Greater Toronto Hockey League (GTHL) have been selected to host the Midget AAA Championships.

The All-Ontario Championships are the pinnacle events for Peewee and Bantam AAA hockey teams, bringing together the champions from each of the OHF, HEO and HNO, along with the host team. Whereas the Central Region Midget AAA Championship, which is part of the Road to the TELUS Cup, sees champions from the OHF’s four minor Members (the Minor Hockey Alliance of Ontario, the Greater Toronto Hockey League, the Northern Ontario Hockey Association and the Ontario Minor Hockey Association), the HEO champion and the host team, make up the field for the six-team event.

“The All-Ontario and Central Region Championships are events that we look forward to all season long – this year, we are lucky enough to be have all three provincial AAA championships hosted in the OHF,” said Tony Foresi, OHF Chair of the Board. “We are excited to work with our host teams to present successful championships showcasing the best of the best in minor hockey.”

Rotated through the Branches on a yearly basis the host association is selected from applications submitted by the Branch or Member.

For more information about the All-Ontario and Central Region Championships visit www.ohfchampionships.pointstreaksites.com.