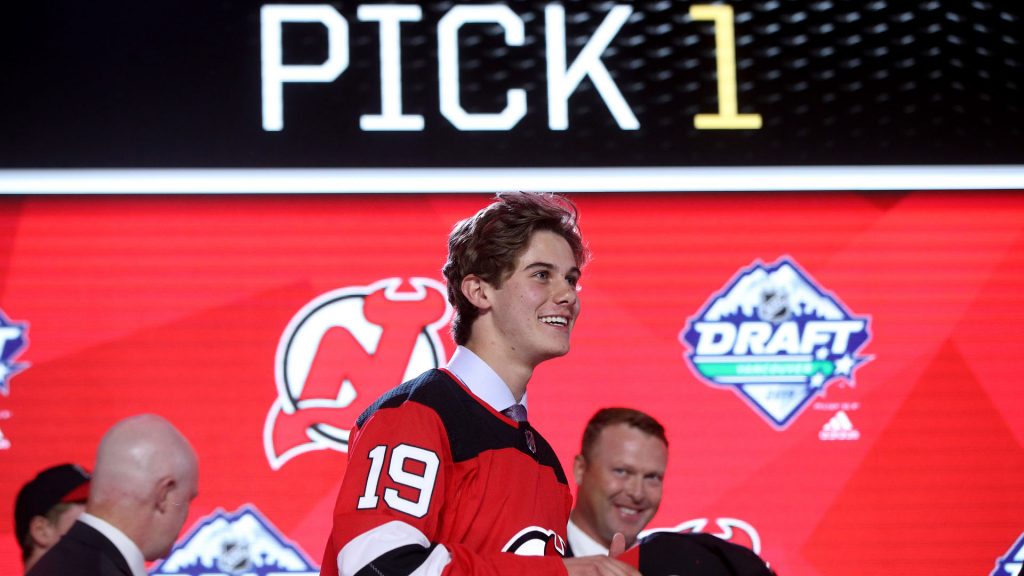 When the New Jersey Devils called his name, Jack Hughes became the first GTHL grad to be selected first overall at the NHL draft since Connor McDavid in 2015.  Hughes, who played with both the Mississauga Rebels and Toronto Marlboros, was one of three GTHL grads drafted in the first round.

Seven different GTHL Clubs were represented, with the Vaughan Kings leading the pack with three alumni selected.  Hughes will be reunited with his Marlboros teammate Graeme Clarke in New Jersey, while Harley joins his former Kings teammate Nicholas Porco in Dallas. All players selected are former participants in the GTHL Top Prospects Game, Powered by Under Armour. Hughes is only one of three players to ever participate in two renditions of the event.