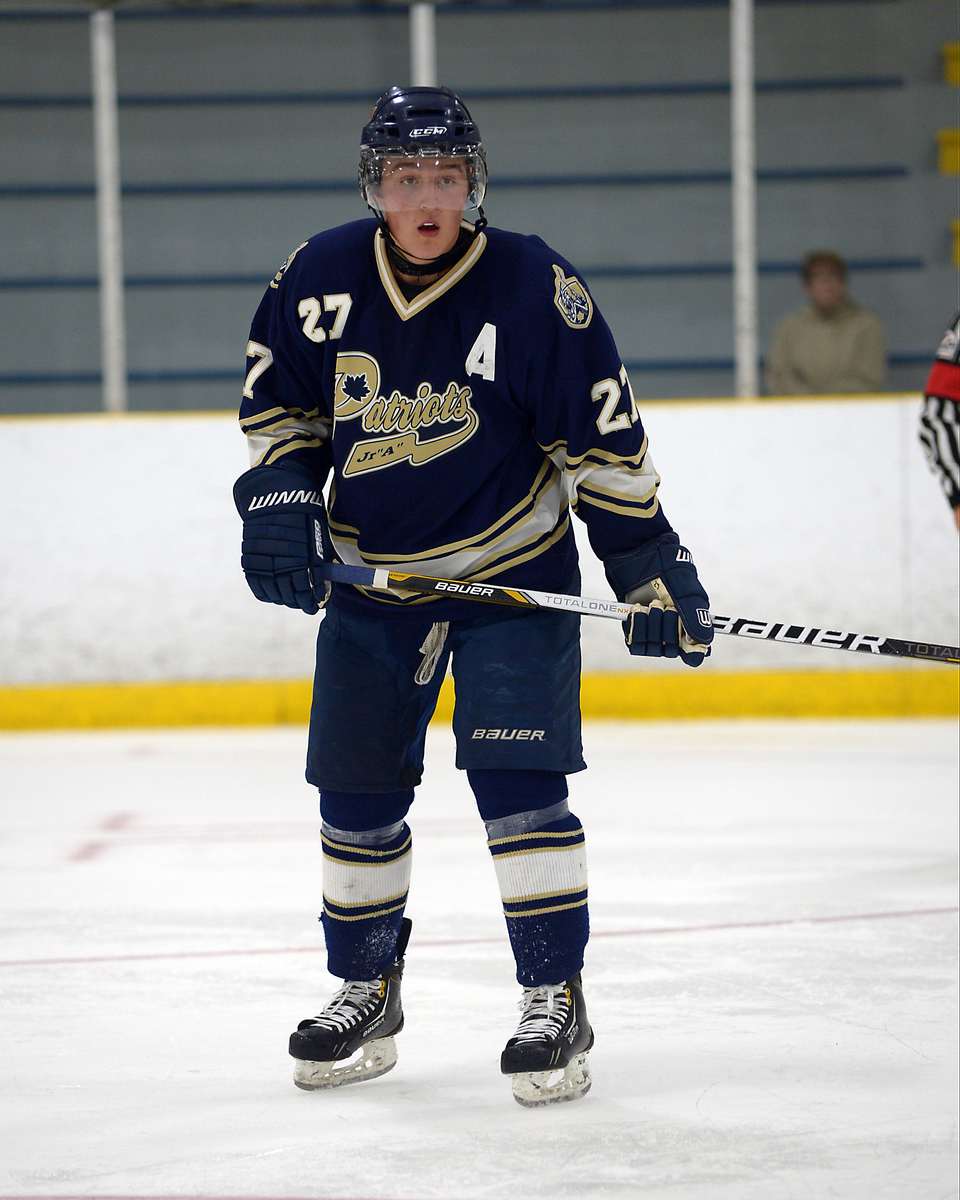 As many of people know, despite its many rewards, hockey can be costly for some. It can be time consuming. It can be intense–sometimes a little too intense.

For many young players, it takes a level of discipline far beyond those young years in order to compete at a high level. For some, it takes commitment and training off the ice, often during the summer months. Many who go through it do it out of sheer passion for the game.

Few kids make a living playing hockey at pro levels when they get older. Few make it to the junior hockey levels. That’s not exactly a new headline. Many parents who invest time and money in their kids already know that.

All this makes Kevin Shier’s story all the more interesting. Kevin is one of the few players in the OJHL this season who came out of AA hockey. From 2005 to 2011, Kevin played AA level hockey with the North York Knights. Teams he played on won the city finals five of those six years. They won the provincial title at the bantam level. During the ’08-’09 season they went undefeated. Kevin was a very good player on those teams.

One time he tried out for AAA, with the Markham Majors, but didn’t make the team. So he went back to the Knights where he played two more seasons, and was their leading scorer and assistant captain – something he wouldn’t have accomplished with Markham.

What got him to the OJHL, he tells Breakout – and a big reason for his team’s success during those years – was a lack of pressure from teammates, parents and coaches. His father, Peter, describes Kevin as “middle of the pack” in terms of skill, but it was his constant passion for the sport and for the team dynamic that enabled him to enjoy the game more, and in the end flourish and develop more – a different way of developing and rising through the ranks.

At the end of his final year with the Knights Kevin’s family thought it was the end of the road – as a GTHL AA player there are limited options moving forward. But Kevin wasn’t done – he and his father started calling and writing OJHL teams.

“They don’t scout AA so we had to call them and say, ‘Okay, don’t hang up the phone, he’s a AA kid and this is what he did, this is what his team did, and these are his scoring statistics,” Peter says. Huntsville, North York and Aurora all liked him, and Aurora offered him a spot in 2011. Kevin played two seasons in Aurora, before joining the now-first place Toronto Lakeshore Pirates, where he’s the team leader in points (and fifth in the league). To the best of his knowledge he is the only player to emerge from AA playing in the OJHL.

And now, at 20 years of age, Kevin has decided to change his lifestyle for hockey. He changed his diet to cut out sugar and starchy carbohydrates, and has also begun five workouts per week with a trainer. Now that his love of hockey has led him to success and NCAA scholarships are on the table, he is able to understand the endless dedication and drive that come with success.

“Playing AA, I wasn’t in the pressure-packed AAA,” he says. “I like the game a lot more than people I know who have played AAA all the way up. Now we’re in the same position, so it hasn’t really impacted me negatively, not playing AAA. At the end of the day you have to love it to continue and have success. It’s kind of a no-brainer.”